Faster CI - how we reduced our build time by 25%

We’ve been using Travis CI to run tests and automate deployments on our projects for the last few years and have been very happy with the service they provide. Our data visualisation tool, Dataseed, has used Travis from the start and over the years we’ve built up a large amount of tests for the font-end and back-end code. Having a comprehensive test suite is great for catching regressions and doing refactors but the length of time the build and tests were taking had become a real pain point.

In this post I’m going to look at the steps we took to reduce the time it took for the whole process to run, so that changes became visible on our staging/UAT site quicker.

As you can see, the steps that are taken are:

Below I’ll go through the various changes we made and the rationale behind each one.

In order to use Travis’s container-based infrastructure we needed to eliminate all uses of sudo. As you can see above, it was only used for installing additional packages with apt which we were able to replace with the Travis apt add-on:

Note that we had to add the elasticsearch-1.7 source so that we could use a specific version (1.7) of ElasticSearch. You can see what non-default packages are available, and request new ones, in the apt-source-whitelist Github repository.

By switching to containers we gained the following:

We used Travis’s caching to cache downloads of packages from npm and Bower. Unfortunately this only saved us a couple of seconds as most of the time spent by these package managers is moving the packages into place.

Aside from the tests themselves, the slowest part of the process was installing the Python dependencies from PyPI. By using Python wheels in combination with Travis’s caching we managed to reduce the median time for this step from 4 minutes to 15 seconds!

As you’d expect, the slowest part of the process has always been running the tests themselves. The simplest way to speed the tests up was to run them in parallel, which we used the nose multiprocess plugin for. The test.py script used to run the test suite was updated as follows:

When we first wrote our Travis configuration integrated Heroku deployment wasn’t available from Travis. Now that this is provided by Travis we can remove our custom code to deploy via Git/SSH and in the process save a few seconds.

This simply deploys to our Heroku staging app when commits are made to the dev branch (and all tests have passed). To add the encrypted API key we used the following command:

After putting everything together, our final configuration was as follows:

In total we reduced the time from commit to deploy by 25%, which was much appreciated by developers and QA! Reducing friction in this way makes for a quicker development and testing cycle which ultimately gets new functionality into the hands of our users faster than before. 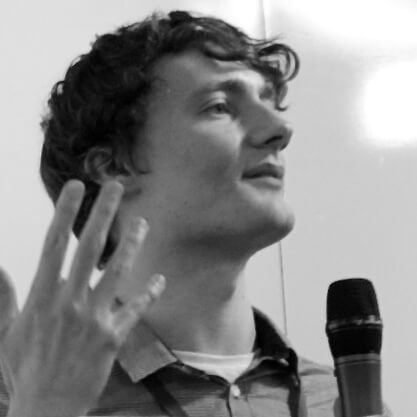 Previously Head of Technology at Nameless Media Group, Rob's been mastering his art since he started coding at the tender age of 12. He’s worked on projects for clients such as HSBC, Colston Hall, University of Bristol, Sustrans, RFU and Ofcom. He brings with him not only a wealth of experience, but also a keen eye for perfection when it comes to building modern, standards-compliant, beautiful and usable websites.