NewsVerify is a news publishing platform with a verification framework. It is an open-source product, created in partnership with Internews Europe, and based on Drupal.

It has been deployed for multiple partners in the Middle East region. The code is available for free on Github.

NewsVerify acknowledges the positive contribution citizen journalism is making to todays information landscape, and attempts to address the lack of fact-checking and verification in social media sources. It also addresses the delay media organisations face when publishing stories emerging from non-traditional channels. By ensuring that the verification status is transparent, it is possible to publish earlier, while further fact-checking is undertaken, maintaining credibility and keeping readers informed.

NewsVerify allows you to curate pieces of evidence from social media and the web, and tie them together as a news Event. An event has a verification status and narrative which can be updated as more evidence is added. Events can be collected together to form a Story. A story allows you to tie events together with editorial analysis and original content. 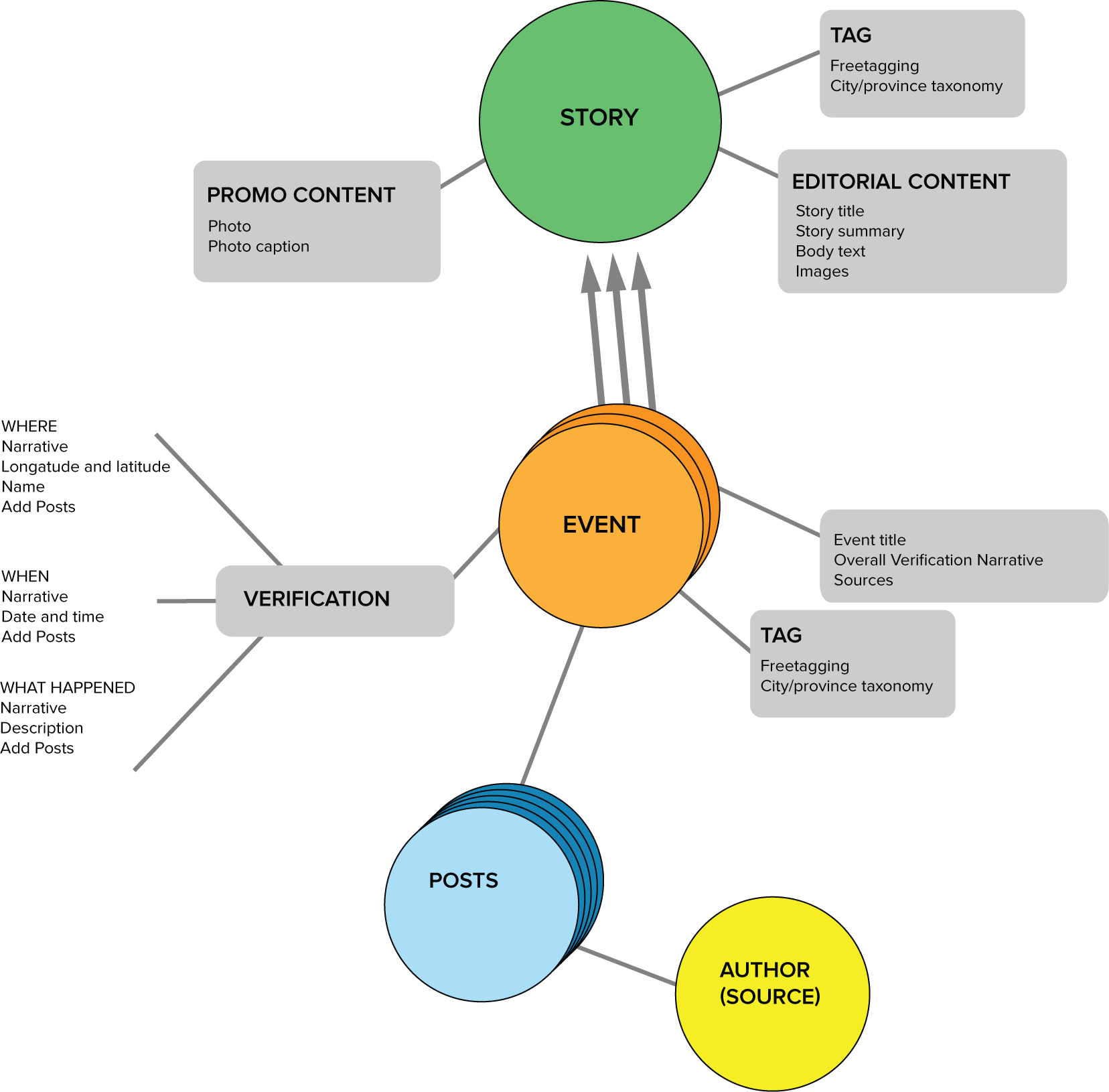